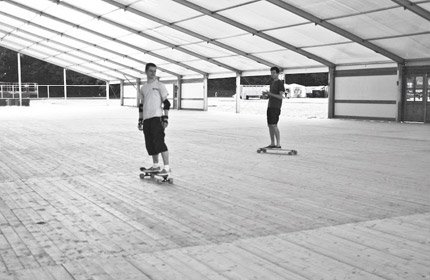 Alsooo, autumn is here, itâ€™s high time I stopped believing that summer will come back, innit? I strongly held on to this belief throughout 2 whole months, and (since what did not kill me made me stronger) every gray day proved to be an intensive workout for my nerves. My nerves are finally strong and healthy from all that stretching, still my skin is pale and full of goosebumps.

Life in the subalpine wonderland made me become seriously concerned with weather. I sneer at people who imply that talking about the weather is not serious stuff. (Oh, how I envy them, they donâ€™t even realize how lucky they are.) So yes, Iâ€™m allowing it to develop into a proper obsession: Iâ€™m aware of sudden drops in pressure, of heat indexes, of the shapes of clouds, even of how die Schwalben fly; I sporadically check on moisture levels and I could teach any tanned Southerner a great deal about winds and their effects on human ears/noses/sinuses. I even developed a new degree (!) of respect towards barometers (also hygrometers and anemometers, mostly because of their fascinating presence on the Deutsches Museum tower.)
Now I tend to feel for the natives and their permanently weather-dissapointed faces, because my own smile is involuntarily starting to fade.

Thing is, this countryâ€™s schizoid thermal tendencies inspired feverish writers to constantly check on temperature and its fluctuating friends. It also inspired them to write good prose and poetry by never allowing them to indulge into real romance – sadly, it always must be either one or the other. Iâ€™m sure the prosaic German man has such a profound, romantic soul because the weather is not like in Italy. Seriously, how many sensitive, contemplative Italian guys have you met?

Since weâ€™re talking about German men, I must admit they are a total mystery to me, especially the Bavarians. Even if Iâ€™m in a great, whole-enchilada kind of relationship, of course I canâ€™t help but wonder about these dignified respresentatives of the master race. Itâ€™s not like Iâ€™m looking for something more than a smile, but even that I oh-so-rarely get. And I used to get them a lot â€“ still do when traveling, so your â€˜maybe youâ€™re just uglyâ€™ argument is invalid. Kidding. But seriously now, there is something going on, right? Please pretty Jungs, smile back, let those longing women know theyâ€™re gorgeous. Change the statistics and let Munich be a city of couples again!

I was told that most new couples here meet via dating sites. In the thirld world EU country I represent in my passport, that would be seen as really desperate – theyâ€™d try to cure it with dry basil leaves or holy water or something. I wish I could go on a date with a German just for the sake of the social experiment. Iâ€™m sure there would be a lot of completely annoying cars&football talk involved. Iâ€™m also sure I would never make it through a first date. Iâ€™d have to really organize my thoughts before speaking (impossible!) and fight my compulsive tendency to undertake anything that is socially verboten (a phenomenon also known as spontaneity, which I often like to indulge in.)

Thereâ€™s not much impromtu in overheard conversations and thereâ€™s even less casualness in observed actions. (I like to spy a lot.) This was/is definitely necessary for things to work out as they did for this country, but I will still dare call the country â€˜the united states of Verbotenâ€™. Not in a bad way, not at all, because this works out perfectly for innocent (looking) lawbkreakers like me. For example, there is a charming little garden, called Rosengarten, next to the Schyrenbad/platz. For those of you who donâ€™t know it, it is the loveliest flower garden ever â€“ a Baumschule as well as a yoga/reading/sunbathing orchard. It even has its own bee hives and fruit grows wildly on the trees and in the bushes; in the farthest end, after you pass the roses and lilac and cherry trees, there is an area where they planted different kinds of herbs and shrubs in rows. Right behind the garden, next to the railway and a joyful Bach, lies a gorgeous grass corridor.

That is the most perfect sunbathing spot in the whole wide WittelsbacherbrÃ¼cke area. So during the first few days of summer they put up a cardboard which said, obviously, â€˜verbotenâ€™ something something. Nobody ever ever ever went there anymore. I, naturally, did. I even made friends (platonically) with the guy who turned the sprinklers on â€“ all in all, I spent those few sunny days undisturbed, in blissful reverie. And at the far end of my field I could see people craving my lonely patch of grass, staring at it, then noticing the sign and strolling away vexedly. Ah, sweet revenge for all the times you overcrowded me!

Defiance is definitely extreme in Bayern. These few people who truly challenge the verboten are my heroes and thereâ€™s not many of them. In my past they would have been mostly posers, but now they are the real deal. Letâ€™s take graffiti for example. No illegal spots, no painting on trains, no random street bombing. Thereâ€™s a one-man anti-vandalism commission (just in case) but thereâ€™s no need to be worried, very few would attempt it anyway. Just like buying a ticket for one tram stop or going to church â€“ some of us are doing it â€˜just in caseâ€™. Well, I myself am not aware of a superior power always waiting to bust my ass, but I think I represent a black sheep in this herd. Speaking about herds, I noticed that the easiest thing to ask from (some) Germans is to organize themselves in a group and divide tasks amongst themselves. Some of them are so passionate, such perfectionists about organizing they wonâ€™t even question your request, amiright? (Please notice Iâ€™m not mentioning the war.)

I noticed that hobbies too, ironically, tend to be quite serious. Take skating: Iâ€™ve met only 2 or 3 guys who really seemed to enjoy what they were doing â€“ you know, like having real, total fun, big grin nâ€™ all. Same goes with people who play instruments or fly kites or toy helicopters and whatnot – you canâ€™t miss the heavy concentration, the vigorous exertion (and administration of self-punishment in case of fail) on most faces. Turns out you concentrated all the fun into functional. If you obey all the rules, youâ€™ll so miss out on it.

So those who defy, those who break the chain, those who donâ€™t give a damn about the formalities, they truly are special (because thatâ€™s how they want to be). Those who buy video games online not to miss out on the blood and gore, those who climb trees, wear rainbow clothes, feed the swans and deer, throw bottles away after 7 p.m., put up paste-ups and even those who dance on a Tanzverbot – great job guys, letâ€™s keep it up.