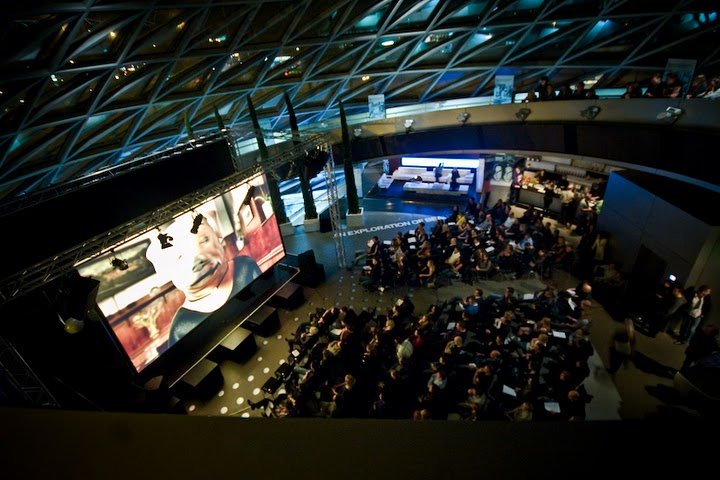 Last week I couldnâ€™t help notice a very minimalist but compelling viral campaign, (fake â€œCAT MISSINGâ€ kind of ads) posted all over the available lampposts of Munich. The ad featured the dÃ©jÃ -famous still from Daniel Nockeâ€™s animated short „12 Jahreâ€ (the bulldog lady who is being dumped for a poodle, if you donâ€™t know it, click) and, as a reward, it gave away invitations to an evening of Film und Fest in one of the BMW showrooms. 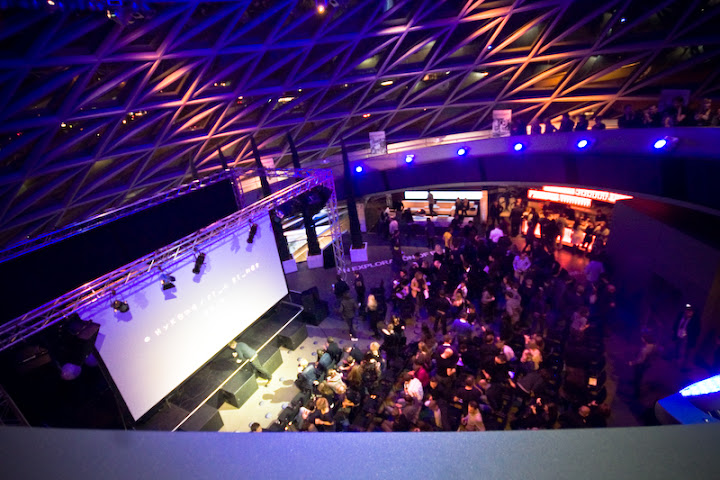 I donâ€™t know whether the nice crowd that gathered for the event replied to the viral or they were just long-term fans, but, in any case, it was a very good crowd. The Drehmomente #1 (film and music) festival is the initiative of the wonderful people from filmundfest.de and, at least in my opinion, it serves as a perfect example of an evening filled with great fun, in spite of the cold autumn weather. The selection of short films was quite remarkable – most of them being award-winning films and animations from all over the world – and the showing did not last for longer than an hour, which, at least in my opinion, is the exact time one needs to spend in front of a screen on a Saturday evening.

My favorite short was this one, Andreas Hykadeâ€™s â€œLove & Theftâ€, who also animated that brilliant icon of â€˜90s pop-culture, the Zehn Kleine JÃ¤germeister video. Another highlight of the program was the Swedish â€œIncident by a Bankâ€, winner of the 2010 Berlinale Golden Bear, which is a funny reenactment of a completely absurd (failed) bank robbery that took place in Stockholm. But the real excitement of the evening was the bustling Marbert Rocel, a band from Leipzig you might have heard of, because theyâ€™ve signed to Munichâ€™s Compost Records and because they are truly, fantastically amazing, at least if youâ€™re into frenetic public dancing. 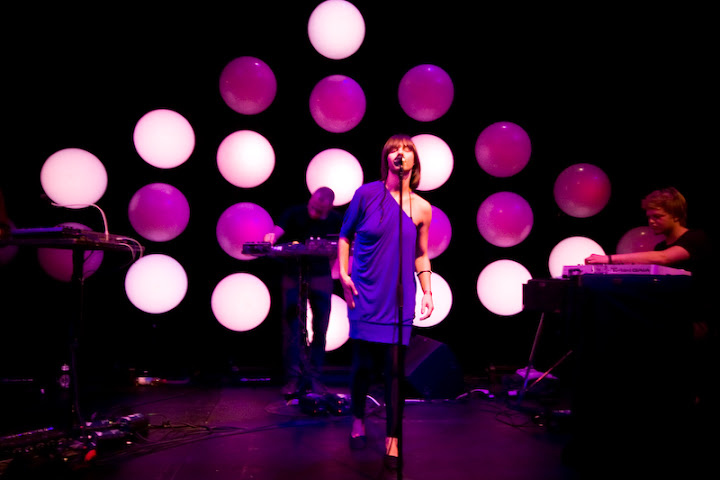 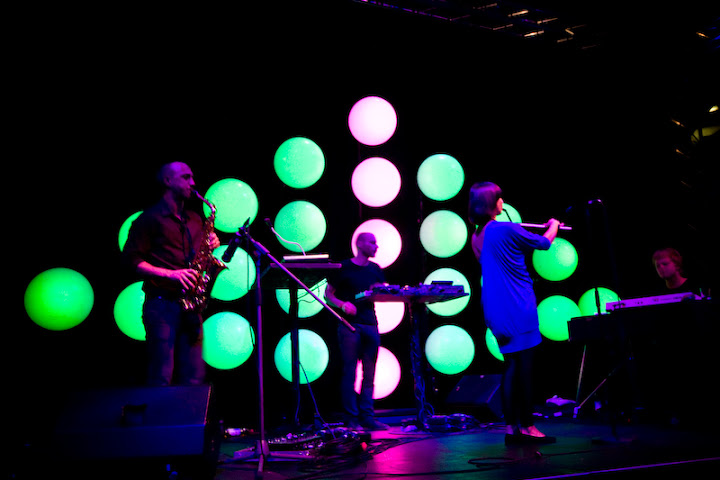 Marbert Rocel, despite its Frenchy name, is from Erfurt/Leipzig; its three main band members with cool nicknames (Spunk, Panthera and Malik) developed a totally new sound, combining pop with sax with marimba with warm techno beats, which compel you to sweat and go like â€˜wooooâ€™ every 30 seconds or so. They can maybe remind you of Moloko, Koop, Herbert or Kruder&Dorfmeister, yet they have their own special thing going on, the quintessence of which is the combined name of two of their own songs â€“ Beats like Birds and Purple Bass. The act following them was the legendary Beanfield, unfortunately with a DJ set, but it did manage to keep the crowd alive for the rest of the evening.

The swirly BMW showroom made both a great cinema and dance floor (though the sound wasnâ€™t the best, but that is somehow understandable) and the price of the thing was so low-budget (10 e) that I canâ€™t even start to describe the warm feeling of smart Angebot this gave me. But the biggest thing about this was the fact that finally, after all this time, I wasnâ€™t the only lonely dancing member of the audience. So, bravo!
Iâ€™m really looking forward to a Zugabe.