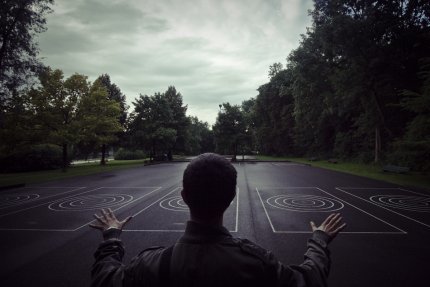 GrÃ¼ssdi und herzlich willkommen to another roundup of my weekly (sometimes pretentious and often inexact) theories about the Bavarian people! In this episode (and in the next few ones) weâ€™re going to talk about something we all love, but sometimes do it in very different ways – having fun. Weâ€™re also going to nibble a bit of German language for desert, but let us commence with the beer.

Apparently Bavarian beer has this holy capacity of purifying the soul and opening it up for a few precious hours. Everyone knows that you donâ€™t get to really know a local until you sit down and have a couple of cold ones with him/her. Iâ€™m sure Bavarian monks had a very good reason to drink beer during Lent (especially those doppelbocks) and that they really experienced enlightenment between every session of hiccupping. Iâ€™d totally fast like that too, if I had to.

For those of you who donâ€™t know it, the official story goes like this: the monks sent a small barrel of the â€fasting beerâ€œ to Rome for the Popeâ€™s approval. However, its journey over the Alps led to the beer being already spoiled by the time it was delivered to the Pope. He tasted the brew and saw no reason why he should forbid his brothers the enjoyment of the horrible-tasting strong beer. Riiight. I wouldnâ€™t be surprised if I read (if I could read Fraktur) in a local edition of the Bible that Jesus changed water into beer. Blasphemy, blast for you, as Eddie Izzard would put it, but there is some truth in this statement.

Beer is a Nahrungsmittel. Beer is essential like food and water therefore beer is food and water. Beer is the oil of Bayern. Iâ€™m quite sure the Wittelsbachs were drinking beer at their fancy parties. And indeed, Augustiner (and Tegernsee) is the best beer Iâ€™ve ever had. So when it comes to drinking beer, thumbs up, I like this type of fun. I can even cope with the organized singing and the redundant Prosits but what I donâ€™t understand is the compulsory â€˜looking in the eyeâ€™ habit during a toast. There usually are just too many eyes to look in.

Iâ€™ve been told that story with the knights who were poisoning each otherâ€™s beer, so when they were smashing their grails (or whatever it was they were drinking from) against each other, drops of poisoned brew would spill into the other chalices. And this was your last chance to shamefully admit that youâ€™ve poisoned the cup â€“ by not making eye contact. Now thatâ€™s silly, isnâ€™t it? Or did I get it wrong?

Iâ€™m reading this short story by Jerome K. Jerome these days, called Three Men on the Bummel, and itâ€™s about three English friends who visit different areas of Germany sometime in the early 20th century. And, as you can imagine, there are some crack-ups about the Germans, which I simply find delightful. This one is about singing while drinking in a Kneipe, as it was done 100 years ago.

â€œHere, as everywhere, you observe the German sense of discipline and order. As each new comer enters all those sitting round the table rise. When the table is complete, a chairman is chosen, whose duty it is to give out the songs. There is a drinking pause at the end of each verse until the chairman starts the company on the next. As every German is a trained singer, and as most of them have fair voices, the general effect is striking. But there is little cheering, and even less laughter.â€

Indeed, beer drinking and singing is serious business. I still canâ€™t help my eyes from widening when I see solemn old ladies in the morning on the U-Bahn popping open an Augustiner with their key. Wow. I have a friend from Oberbayern who can open a beer with a piece of paper. I swear.

But what I really like about (mostly young) Bavarians is that they donâ€™t draw back from Selbstironie; so when I hear things like â€œitâ€™s a big village, news travels fastâ€ or â€œthe city would be amazing without the people living hereâ€ or â€œdonâ€™t worry, thereâ€™s police hiding behind every treeâ€ from residents, I tend to nod-nod-nod, grin with satisfaction and feel like high-fiving them.

One of the bad examples of self-irony (at least in my mind) are two social games I donâ€™t see the point of. They both involve hitting a thing with another thing to make the second thing move a bit further, be it on raw earth or on ice. I think theyâ€™re both only excuses for drinking beer, because I always see empty beer bottles around these areas.

(Ah yes, the predisposition of leaving empty bottles in parks or on the riverbank, so homeless people can gather them and get 8 cents apiece! I like this practice as well, honestly.)

Iâ€™m of course talking about the only thing you got from the French, which is boule (or petanque) and about Eisstockschiessen. To me these games are very, very similar to the board game phenomenon. Probably to some of you too. So Iâ€™m saying pass to this technique of having fun, itâ€™s just not my piece of Prinzregententorte.

At some point I statused the following observation: people rarely kiss in Munich. It was an instant hit on Facebook and I got I donâ€™t know how many opinions on it. But that was in February and it was veeery cold, so now that spring is finally here, I hope the situationâ€™s going to change. Hit me up on the comment box if you disagree. Next week weâ€™re having grilling, exercising and nudism on the menu, so make sure not to miss out. And have a great, jacketless weekend!

PS: While I was googling the singing and drinking quote I stumbled upon some of Mark Twainâ€™s thoughts about the German language. My absolute favorite was this one:

â€œSome German words are so long that they have a perspective. Observe these examples:

These things are not words, they are alphabetical processions. My philological studies have satisfied me that a gifted person ought to learn English in thirty hours, French in thirty days, and German in thirty years. It seems manifest, then, that the latter tongue ought to be trimmed down and repaired.â€ 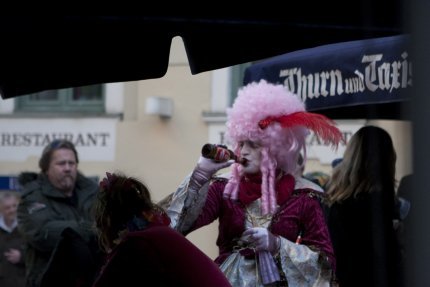