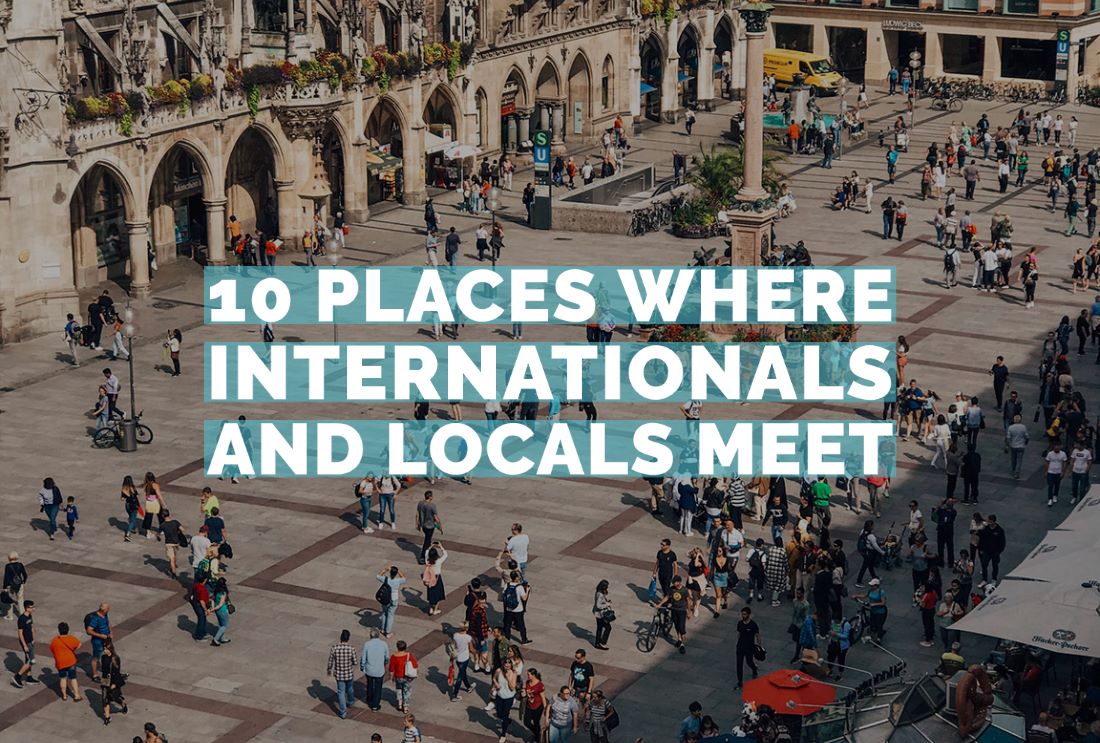 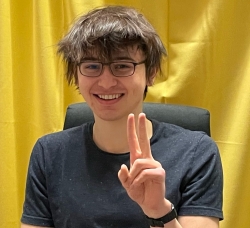 Munich is a very international city. English and “Denglisch” can be heard in any café, around any corner. To create a bridge between internationals and locals, MUCBOOK wants to show you places where “th” meets “Der, Die Das”:

A post shared by The Munich Readery Bookshop (@themunichreadery)

Lisa Yarger is an American and John Browner is a New Yorker. Together, they run the independent secondhand bookshop The Munich Readery. It regularly hosts readings, book discussions and writing workshops. Though some of us are in dire need of a writing workshop, it is also a perfect place to meet other internationals. You may even meet the occasional Münchner who stumbles into the store, trying to brush up his or her English.

The Amerikahaus is a state-run center for cultural relations with the USA and Canada. Within the confines of a post-war reading room, the focus of Amerikahaus lies mostly within the socio-political. The focus however covers a vast variety of topics. From literary circles on American literature to “60 Years Marvel Comics Universe” to “The Simpsons and American Society” the Amerikahaus represents and connects you to the pluralism of American and Canadian society.

If you want to immerse in English, an English which slowly fades into an unintelligible murmur, you go to an Irish Pub. Preferring loud Irish folk music over “Der, die, das”, Kilian’s Irish Pub is the typical pub experience in the middle of Munich. With UEFA Euro 2021 around the corner the pub is packed with football fans from around the world, most of whom speak English to each other. For a pub atmosphere, be sure to stop by during the matches of Ireland or England. Locals are welcome, too.

The international bar “The Cave” offers a more laid-back alternative to the Irish pubs in Munich. Jazzy vibes mix with Swing Dance Nights to create an atmosphere which is quiet enough to socialise and loud enough to enjoy yourself. Aside from its live music, The Cave is particularly known for its Karaoke, you even get your own stage. For lesser experienced comedians it also offers Open-Mic-Comedy Nights.

Due to COVID 19 the previous event list was cancelled. The Facebook page of The Cave will however update you on any changes.

Why watch soccer when you can watch football? The Munich Cowboys are near the top of the German American Football League “GLF”. Founded in 1979, it was one of the six original clubs which made up the GLF. Since then Munich Cowboys has provided an energetic environment for American Football enthusiasts but also English speakers. The main roster itself has an international character with five American players and the Head Coach Garren Holey having started his coaching career in Missouri. With a “Ladies” team Munich Cowboys also makes American Football accessible to women. A great opportunity to chat about all things American.

The Bellevue di Monaco Café is not just a café. It is a Munich social cooperative aimed at integrating refugees. As a hotspot for a variety of cultures, many of its contributors and visitors do not only speak English but because of their social involvement are also incredibly friendly and engaging. The monthly “Open House” and the get-togethers of JUNO, the intercultural women’s café, every Tuesday offer a great opportunity to meet people from all over the world.

The English description of these events can be found on their website under “Get together”.

Rugby, American Football and Baseball is hard to be found in German bars. The Keg Bar tries to fill this gap and attracts internationals and locals who have become tired of football. Canadians are fond of The Keg Bar because it streams ice hockey. For the less sporty bunch, it also offers trivia and karaoke nights.

Laughing about each others cultures is one of the best ways to connect. Comedy Club Munich hosts local and international comedians from America, Canada, Wales, Ireland England and … Germany. It was created by Mel Kelly, a comedian with a strong Irish accent and an eye for the absurd in German culture and English politics. Either he stands up in black or in Lederhosen. Because Mr Kelly provides a forum for both English and German speaking stand-ups, he re-makes the Theater Drehleier into a true local-international exchange of laughs.

Studentenwerk: Come to Munich – be at home

For international students Studentenwerk München, the student union for students in Bavaria, organises the project “Come to Munich – be at home”. It aims to connect students from different cultural backgrounds through events and projects. In the workshops you will for example talk about intercultural communication and conflict management while in the events you will participate in scavenger hunts or trips to Munich breweries. A good opportunity to make local and international friends alike.

The project seminar is free and only available for students actively registered at a Bavarian university recognised by Studentenwerk München. If you are enrolled in a German course at a Munich University you will be financially supported for the project seminar. The demand for places in the programme is high so please be sure to register early.

During COVID-19 the 2021 summer semester will still take place. Although most events will be held online, gradually some outdoor events such as scavenger hunts and day trips in pairs of two are offered. Should there however be any changes because of COVID-19 Studentenwerk München will contact participants via email.

Food connects. Every other Sunday the international cooking project Culture Kitchen Munich blends together spices, fruit, sweets with language and culture. Participants from Somalia, Italy, Pakistan, Korea, Germany and many other countries come together to share their cuisine, from Bi-Bim-Bap to Bolani. They get to know one another through cooking. Although Culture Kitchen München is not found at one particular spot, they often organise their events in the vicinities of Bellevue di Monaco.

Got more places that should be in this article? Let us know in the comments!