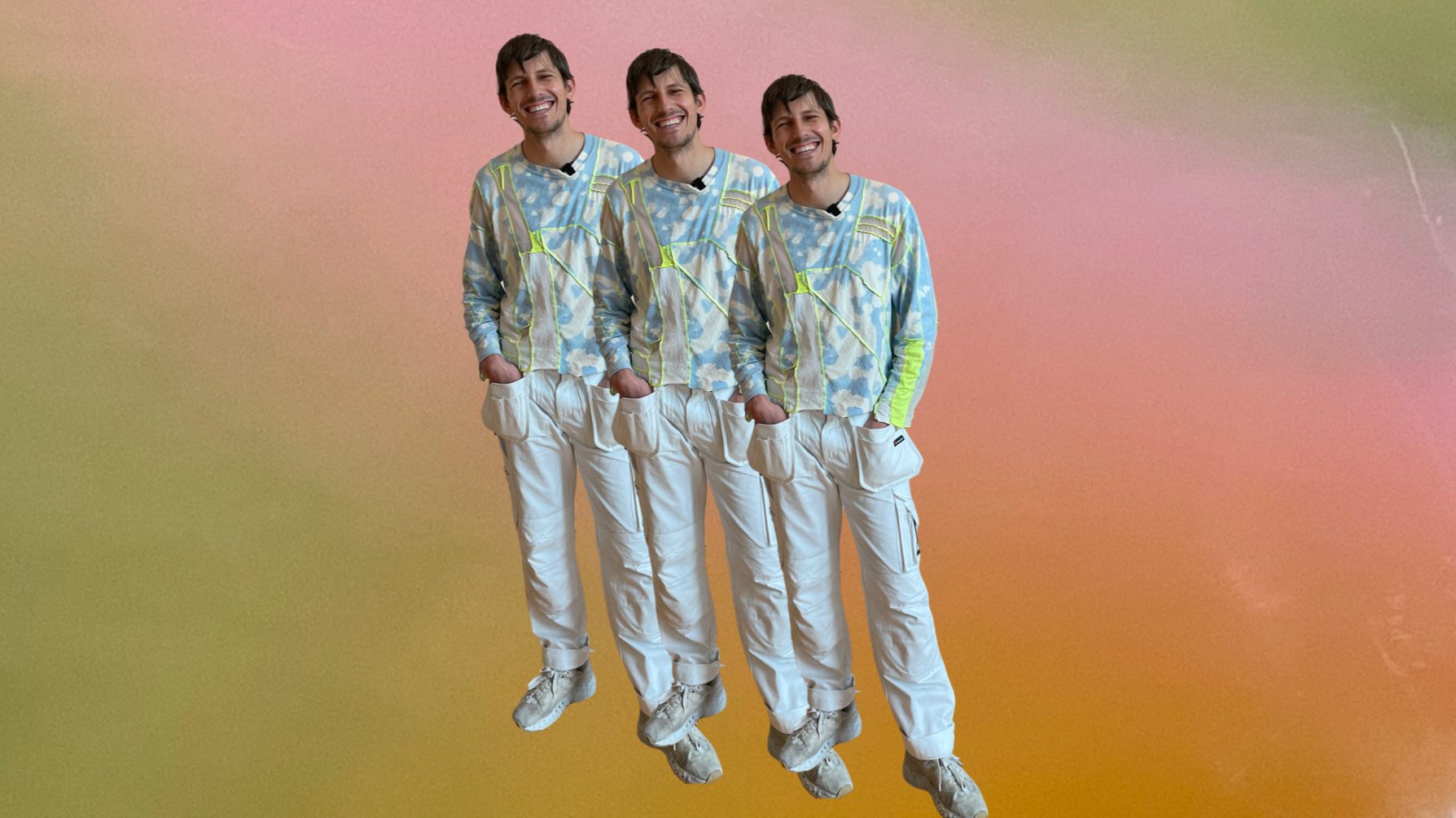 Back to the future: Interview with the New Yorker artist Misha Kahn [ENGLISH] 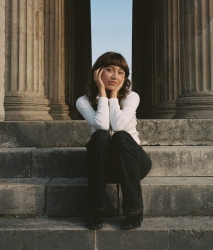 Does he need drugs to create his psychedelic art? What would he look like as a mermaid? And is Munich a boring place for living? I met the artist Misha Kahn, who is currently exhibiting his works at Villa Stuck, in the artists’ garden of the museum – and asked him the most important questions.

Hi Misha, first of all: tell us about your new exhibition. What can visitors experience at Villa Stuck?

What I wanted was, that you can come in and you move through all these rooms and you’re listening to the audio guide and then each room has his own little story and experience and they all relate to each other. So you can’t tell, whether you’re in the future, in the past or in the present.

To what extent does the Villa Stuck Museum contribute to your art as an exhibition venue?

I made a lot of pieces especially for Villa Stuck, probably half of the things in here. Some of them are really specific for the venue, for example the Dining Table in the Dining Room. Also, the salon where the jewelry is: the room feels like jewelry already with this inlaid gold in the ceiling and all the star patterns. It was nice to find all these relationships and to put the show together that way.

You use lo-fi and high-tech tools such as virtual reality and robotics in your work. Why are these technical elements so central?

For a long time I was very interested in traditional techniques. I think adding in these high-tech elements has then helped me move through the sort of romance and nostalgia that can come with those things on their own. The problem, I think, with tech is that it often feels so synthetic and inhuman. Somehow our vision of progress is moving away from being human, which seems like a weird goal. So I feel like by putting traditional and modern techniques together, it’s a perfect union. Getting to use high-tech tools in ways that are creative, feels like a bigger proposal for a material culture. Not everything has to look the same. We could be having so much more fun!

Have you seen any art or museums here already – besides Villa Stuck ?

Not this time, because setting up the show has been intense. But I would like to go! The last time I was in Munich, I was in the Pinakotheken and in Haus der Kunst. It is great that Munich has this caliber of Museums. This is really special.

A lot of mystery is good. People shouldn’t know what they are coming to. Keeping people guessing is nice. Also, I think this house [he points at Villa Stuck] really is perfect for a party.

The exhibition – with all the different colors and shapes – has a very psychedelic vibe. Do you sometimes rely on drugs yourself to get the ideas for your work?

I love psychedelics, but I don’t use them for working. But I think sometimes it’s nice as a reset, to open up, to going to a new part of your brain.

You and the curator have been friends since college. What is your favorite (or craziest) memory together?

As you were mentioning parties, we had one crazy party in college together. So many people came – hundreds of people. Obviously we couldn’t get anyone out when the cops came. So we and other people got this ticket and we had to go to court. Other responsible persons said their case like „Listen, we had this party and it got a little too crazy and we’re sorry. We didn’t know these people and we couldn’t figure out how we could get them to leave.” So the judge reduced their ticket by a lot. And then he called Kellie, she stood up and just went „Dito!“. [he laughs]

What is your ultimate goal as an artist?

I am not trying to be so omniscient, but scale and volume feels like a part of it. So I would love to build houses or hotels, like total environments. Let’s see what’s next.

Does your home look like a Misha Kahn studio?

Yes, my home is pretty crazy. I have some of my own work in it and lots of stuff from people whose work I really like or I’ve traded for. It’s a pretty goofy house.

As you mentioned time periods before. What excites you most: past, present or future?

Definitely the future. I like the present too, but the future is more exciting and always surprising.

Anyways, if you could go back in time, where would you go and who would you meet?

I would go insanely far back. When humans were just starting to consider settling down. When people were just getting into agriculture. I think it’s weird that we never get smarter as a species, we just build up more stuff. We would probably have a similar sense of humor, just without all that bullshit surrounding us now.

If you were a city, what city would you be?

I would be Milan! It’s industrial, sort of chic and it feels like everyone there loves to make things, but also has a really nice time.

What would you look like if you were a mermaid?

I feel like mermaids as mystical creatures have been very limited in their fins. It could be way crazier. So I would go for a vortex fin, something that maybe spins, a new propulsion mechanism.

Final question: As a New Yorker – what do you think about Munich?

I’ve been loving it here! It’s kind of the opposite of New York. They are both cities with money, but New York is disgusting and people are into that. Munich is so crisp and beautiful and lovely. It’s very pleasant to walk to the Museum every day. The vibe is just so cute.